Business
January 6, 2020 RSS Feeds 0 Comments
Do you work in skills development and training? Click here to register for a free account 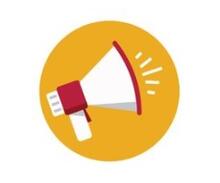 NSFAS Administrator Dr Randall Carollissen has denied media reports that the organisation has lost the supporting documents for 100 000 applicants hoping to receive funding to study at college or university in 2020.

A report in the City Press over the weekend stated that the decisions about who was funded by NSFAS this year could not be released on the 6th January as hoped because so many documents had gone missing.

However the apparent problem was just a misunderstanding according to Dr Carollissen. Speaking to Cape Talk on Monday afternoon Carollissen explained that ‘Documents Missing’ was the language used by NSFAS to indicate that the applicant had not submitted required documents. It did not indicate that documents had been misplaced.

The release of funding decisions did go ahead as planned on Monday the 6th with applicants able to login to their NSFAS student portals at my.nsfas.org.za to see the status of their application.