Business
June 6, 2018 RSS Feeds 0 Comments
Do you work in skills development and training? Click here to register for a free account 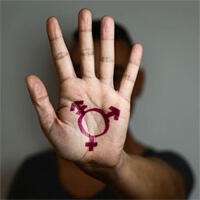 South Africa’s Employment Equity Act (EEA) contains a number of anti-discrimination provisions, as well as mechanisms for employers to collect, analyse, plan and report on employment equity information. The mechanisms however, do not cater for those employees who do not identify with being either male or female. The practice of gathering and reporting only gender binary information for employment equity purposes might therefore be discriminatory.

“Where an employer forces an individual who, either biologically or otherwise, does not identify with a particular gender, to choose to be either male or female, this could amount to discrimination,” explains Lauren Salt, Senior Associate in the Employment & Compensation Practice at Baker McKenzie in Johannesburg.

Salt explains that Chapter II of the Employment Equity Act (EEA) requires designated employers to implement affirmative action measures in respect of designated persons. Besides identifying non-white racial groups as designated groups, the EEA identifies women as part of such group. As a result, the central focus of the information gathering, analysing, planning and reporting processes set out in the EEA is the delineation of the workforce into racial and sex categories. The template forms attached to the EEA envisage that 100% of the employer’s workforce are either male or female.

“This idea that there are only two genders is called the “gender binary.” If a person has a binary gender identity, that means they identify as either a man or a woman, regardless of the sex they were assigned at birth. But gender is a spectrum and is not limited to just two possibilities. A child may have a non-binary gender identity, meaning they do not identify strictly as a man or a woman – they could identify as both, or neither, or as another gender entirely, in which case they would be Agender.